For the past two years, I’ve been involved with a local charity (West Berkshire Action For Refugees) set up in response to the refugee crisis.

Started with the aim to send a single collection of aid to refugees in Calais, the group ended up sending thousands of boxes of aid to refugees all over Europe. Campaigning for West Berkshire Council to participate in the UK’s resettlement scheme for Syrian refugees also led to multiple refugee families being resettled locally. The group now runs a volunteer-led integration programme to assist them upon arrival.

WBAR became a second-job (albeit one with no remuneration, employee benefits or time off 😉) for me and many other members of the group. Running a charitable organisation solely with volunteers, working around full-time jobs, families and other commitments, has innate challenges. We never had enough time or resources to implement all the ideas we came up with!

Before Christmas, I stepped down as a trustee and from all other official roles within the group. Having been involved for over two years, from the first donation drive to becoming a registered charity, I was ready for a break.

Since stepping down, I’ve been thinking about the lessons we learnt about running a charitable organisation, staffed solely by volunteers, with minimal resources.

If I had to do it all again, here’s what I wished I’d known from the beginning… 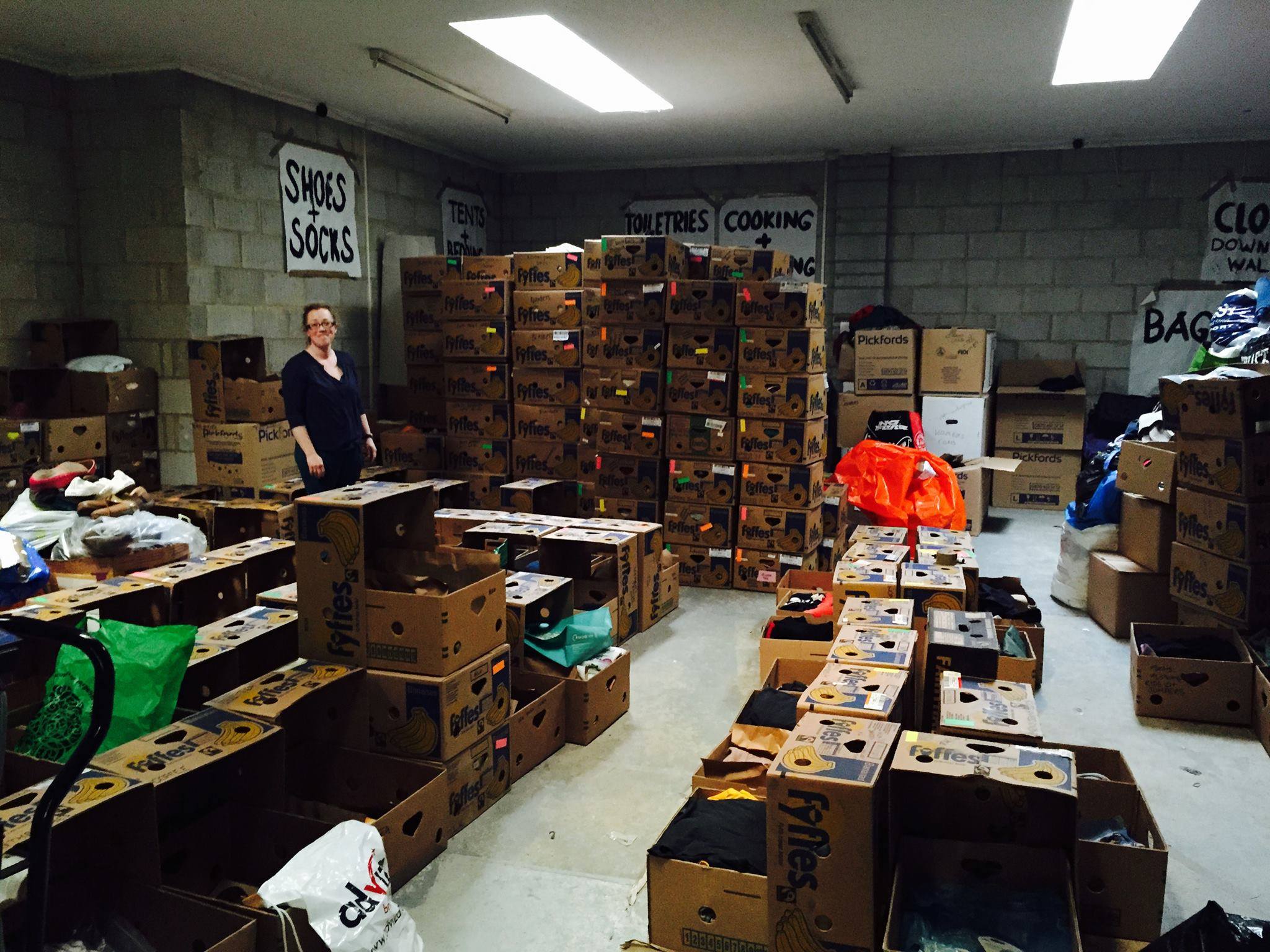 WBAR started during a period of intense media coverage on the “refugee crisis". People understood how dire the situation was and were desperate to help. The group was inundated with offers of assistance. The biggest challenge was simply responding to all these messages.

We did not need to recruit volunteers, they came to us.

People asking to help would be invited to meet the core team at a committee meeting. If they turned up, someone would hopefully try to find an opportunity for them within the group.

This process was not ideal for the following reasons…

Initially, with a constant stream of new volunteers coming forward, this was not an issue.

When the media focus on the refugee crisis (predictably) disappeared, so did the number of people contacting the group to help. When the number of new volunteers shrank, the group’s activities did not…

As we took on more responsibilities, the more acute the need for new volunteers became, but the less time we had to focus on recruitment.

Eventually, due to existing volunteers stepping down or not being able to take on those extra roles, it became critical to actively recruit new volunteers, rather than passively waiting for them to come to us.

This was the point at which having an existing volunteer recruitment system would have been a huge benefit.

If we had been formally registering volunteer enquiries, including interviewing people to record their skills and availability, filling new roles would have been a quick and efficient process.

Without this database of potential volunteers, we were reliant on posting messages on social media asking for new volunteers. This caused a significant delay in staffing new roles whilst we waited for people to see and respond to the messages. Finding new volunteers felt slow and inefficient.

This issue led the group to appoint a formal volunteer coordinator. The coordinator is responsible for running a continual recruitment process and managing all volunteer enquiries. This ensures there is a recurring pipeline of potential recruits.

Focused on volunteer recruitment before it became an acute issue.

Set up a systematic process for handling volunteer enquiries. Record all details of people contacting the group to build a pipeline of new recruits. Work on an outbound recruitment programme, with the group actively seeking volunteers for identified roles. Don’t be reliant on volunteers finding us. 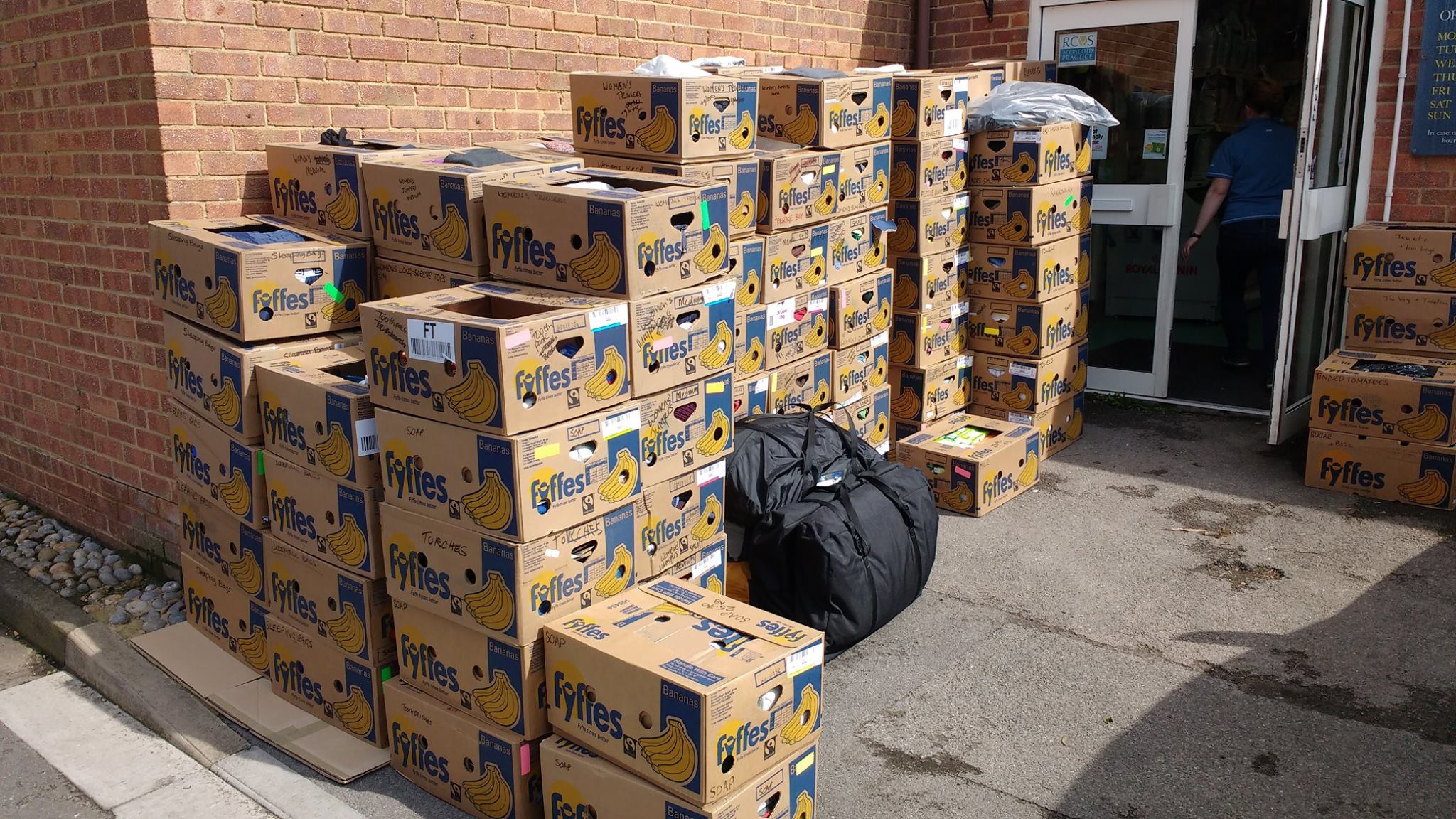 Facebook is the new Excel. It has become the default platform for all online activities. Charitable causes are no different. Private groups and messenger enable distributed collaboration between remote volunteers.

Facebook as a collaboration tool struggles once groups reach a certain size. Moving to more appropriate tools, rather than continuing to work around the challenges, will be a necessity longer-term.

During the summer of 2015, when the refugee crisis became a front-page story, people all over the United Kingdom started collecting donations for Calais and other refugee camps across Europe.

Facebook became the platform for connecting volunteers throughout the country.

There were hundreds of public (and private) Facebook groups relating to the crisis. From pages for groups collecting aid in different towns across the country or finding organisations working in refugee camps needing aid to those offering lifts and accommodation for people volunteering in refugee camps.

WBAR started when the founder created one of these pages in August 2015. The following week, I stumbled across the page whilst looking for a local group to offer assistance too. Sending a private message to the founder, I asked if there was anything I could do to help. Little did I know that the group would become a significant part of my life for the next two years…

This page became our main communication tool and grew to having over one thousand followers. Whether asking for donations, finding volunteers or highlighting our activities, Facebook made it simple to reach huge numbers of people within the local community with minimal effort or expense.

There was private Facebook group for the core volunteers, committee members and trustees. Volunteers would post in the group with updates on activities, requests for assistance or other issues. Threads on posts were used to communicate between volunteers. Tagging members in posts would highlight where certain volunteers were needed to assist. Groups also allowed sharing files and other documents between members.

Facebook has a number of advantages over other (more appropriate) tools for digital collaboration.

Making volunteers sign up for a new platform, learn how to use it and then remember to check daily for messages, would dramatically decrease engagement and collaboration.

But the limits of Facebook as a collaboration platform for the volunteers began to show as the organisation grew in size and scope.

These included, but were not limited to, the following issues…

Spending my work time collaborating with distributed teams in open-source, I often wished we were using a Github project with issues, milestones and markdown support!

There is a plethora of more suitable collaboration tools on the Internet. However, new tools come with a “cognitive burden” on volunteers. Registration, training, device support and others issues need to be balanced against the benefits from using more appropriate platforms.

Investigated additional tools to support distributed work flows between remote volunteers. Once the limitations of Facebook became apparent, rather than working around them, we should have worked out a better solution. 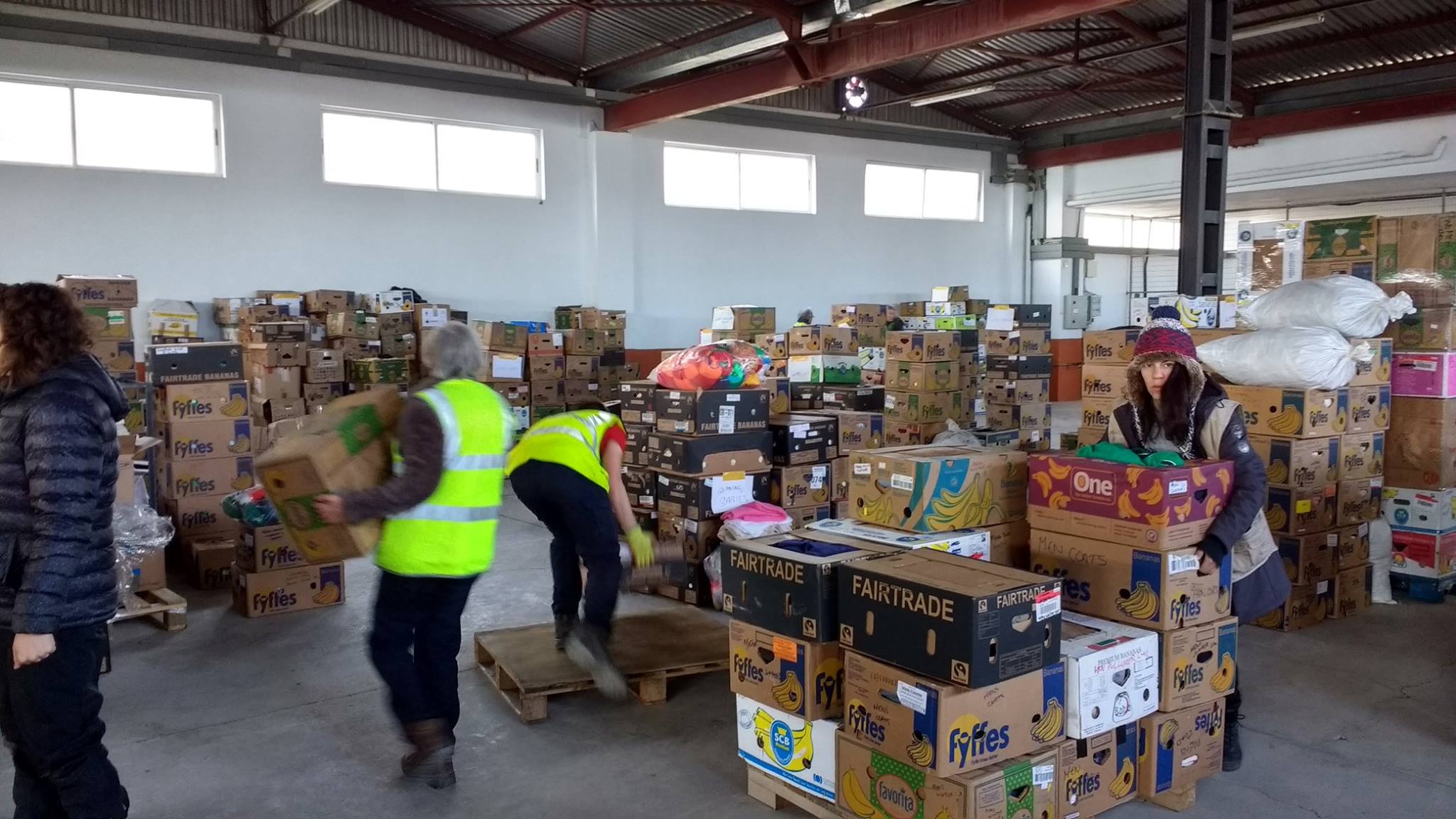 Becoming an official charitable organisation is inevitable as you grow in size and scope.

Registering with the charity commission is not a simple or fast process. It’s impossible to know how long your application will take to be confirmed. If registration is prerequisite for other activities, this can leave you in stuck for an indeterminable amount of time.

After twelve months, it became clear the group needed to register as an official charitable organisation. Registration opened up opportunities in applying to trusts for grants, became a requirement for projects we wanted to start and insurance purposes.

Launched in 2012, CIOs were a new form of charitable organisation, with lighter regulation and reporting requirements. CIOs are administered by the Charity Commission, who have sole responsibility for their formation and registration. This reduces the administrative burden by not having to additionally register and report to Companies House, like Charitable Companies.

It took West Berks Action For Refugees nearly six months to register as a CIO. This caused enormous problems for the group.

Once the charity registration did come through, The Co-Operative Bank still took another six months to open the account!

Group activities also began to need insurance policies. For example, public liability insurance was a requirement for even the smallest public event, like a cake sale in the church hall. Insurers do provide specialist charity insurance but only for registered organisations. These policies were unavailable to us until the registration came through.

CIOs were set up to make registering a charitable organisation a quick and efficient process. Unfortunately, due to Government funding cuts, this is no longer the case. Whilst waiting for our registration to come through, the group had numerous challenges that we were unable to do anything about.

what should we have done differently?

Looked for a community bank account, that didn’t require being a registered charitable organisation. This would have resolved issues we faced processing donations.

Chosen a different charity bank account provider. The Co-Operative Bank were incredibly slow to process the account opening and have an awful online banking site for business accounts. I’ve heard similar complaints from other groups. Would not recommend! 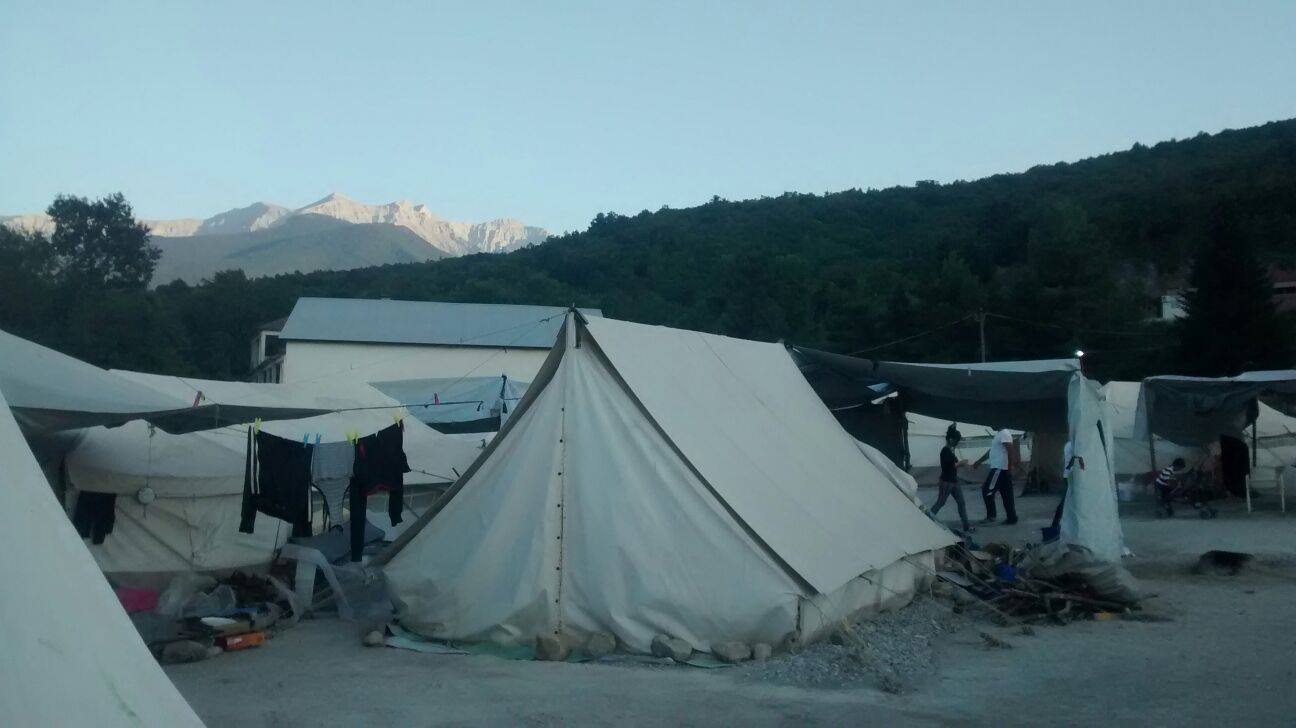 Organisations need to have an appropriate level of governance for their size and scope. Formal governance structures are a requirement for registered charitable organisations. Trustees need to have oversight on activities and keep a formal record of decisions.

Moving from an informal to a formal decision making process can lead to resistance from volunteers. It might appear that this added “bureaucracy” unnecessary slows down decision making.

The charity started as a small group of volunteers working on a single activity, collecting donations for refugees in Calais. People volunteered when they had time. Communication and coordination between volunteers happened in an ad-hoc sense.

An informal decision making process was a natural governance model for a group of that size and scope. When the group changed, in activities and responsibilities, the governance model needed to reflect that.

This started as a committee meeting every six weeks. Volunteers would attend to bring issues for the wider group to resolve. With people still working independently, this was often the only time people would regularly see each other.

This meeting was crucial to keeping the group running smoothly. Over time, we expanded the meeting to use a more formal process, with an explicit agenda and reports from the sub-committees. Minutes were noted to keep an official record of the meeting and provide an overview to those unable to attend.

There was often a tension between the formal decision-making process and the volunteers. People often wanted a decision on an issue immediately, rather than waiting for the next meeting. There was a pressure to make important decisions outside of the committee meetings. People were used to the informal decision making process we had started with.

Volunteers sometimes failed to engage with the new governance structure. People not attending meetings or sending reports into the group was a regular issue. Decisions would become repeatedly postponed, due to missing reports or non-attendance of members involved. This undermined the effectiveness of the governance structure, leading to further resistance.

Moved earlier to use a more formal governance model. Officially documented the governance structure and decision making process. Explained to all volunteers how decisions need to be made within the group and the rationale for this approach. 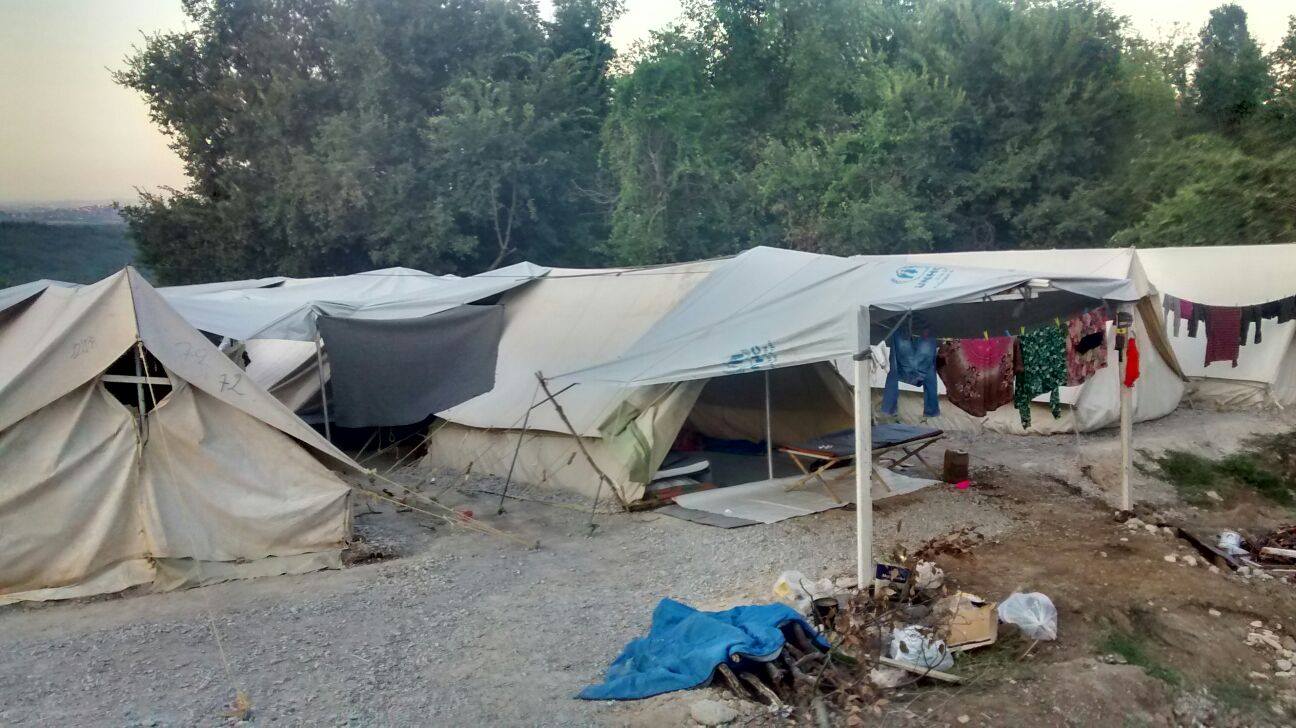